Miso Soup with Potatoes is simply a delicious, comforting bowl you’ll want seconds and thirds of.

One of the my most requested soups to make is Miso Soup, especially from my youngest. Boy, does he love his soup! So much so, he’s on his 3rd large bowl right now.

We’re having a “Mom & Me” hang out afternoon since he’s not feeling well and of course, I had to make him his favorite, feel good soup.

In case you’ve never heard of this soup, it actually Miso Soup but growing up, my husband always called it Potato Dirt Soup because of the cloudy, light brown color. It is actually, one of the first Korean dishes he made for me when we first were married, but over the years, it has transferred hands and now I am the maker of this simple and delicious soup. 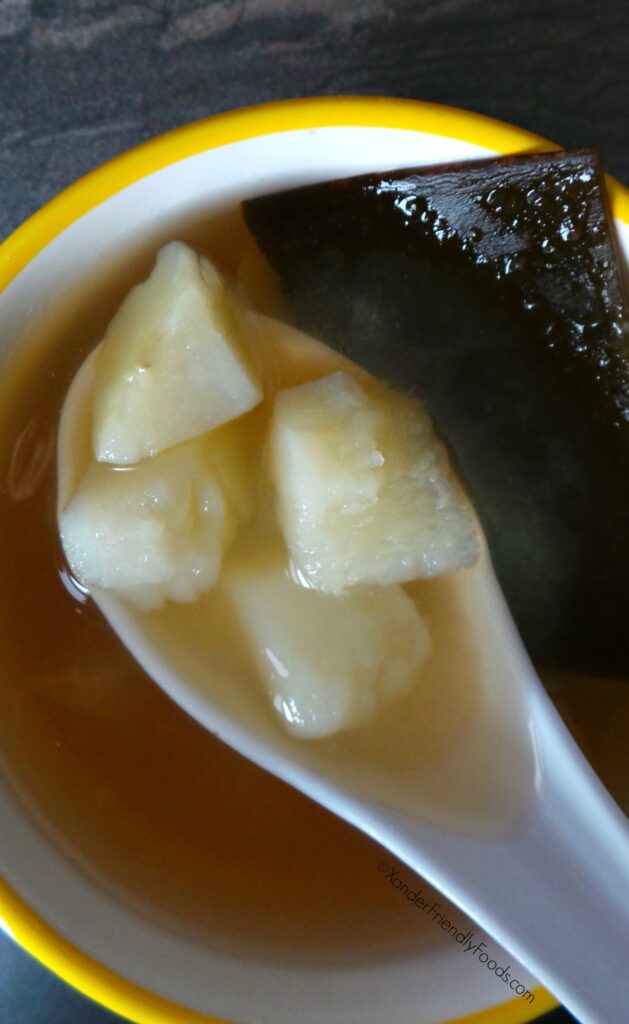 Typically, miso soup consists of miso paste (fermented soybeans) dissolved into a pot of boiling water then brought to a simmer (you don’t want to boil the miso since it will remove so many of the healthy benefits). Cubed soft tofu and/or slices of shiitake mushrooms are sometimes added for texture and substance.

I love adding tofu, but the kids fell in love with our American version of it, using cubed potatoes so that’s what we use the most. It’s especially a great option for anyone not wanting to add extra soy to a soy based soup.

To amp of the nutritional value, I like to add a big ‘old piece of Kombu to the pot as the water is boiling. Kombu, is a  seaweed that is rich in vitamins and minerals such as iodine. It also contains large quantities of potassium, which helps to reduce blood pressure. Usually, I just remove the large piece right before serving, but you can also cut it into strips after its softened from the boil then add it to your soup bowl for an extra layer of interest. 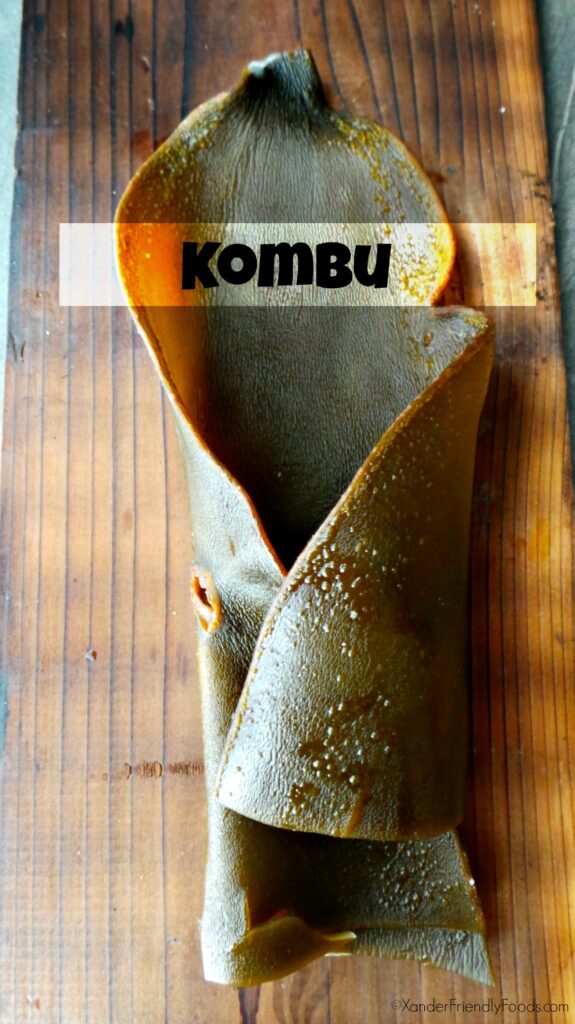 My mother-in-law always added a few tablespoons of this brown powder to her Potato Dirt Soup for added flavor but later, I found out it was actually dried beef powder. At the time, I wasn’t vegan, but once I changed my eating, I decided to find an alternate source for this flavor. I decided to use Tamari sauce or Gluten-free soy sauce to take the place of the beef flavoring. This adds a bit of saltiness to this simple miso soup but you can also use veggie stock in place of the water and add in your soy sauce, to have a more intense broth. A vegan beef bullion substitute would work also, if you have one you really like.

So grab your ingredients,

And get your soup on. 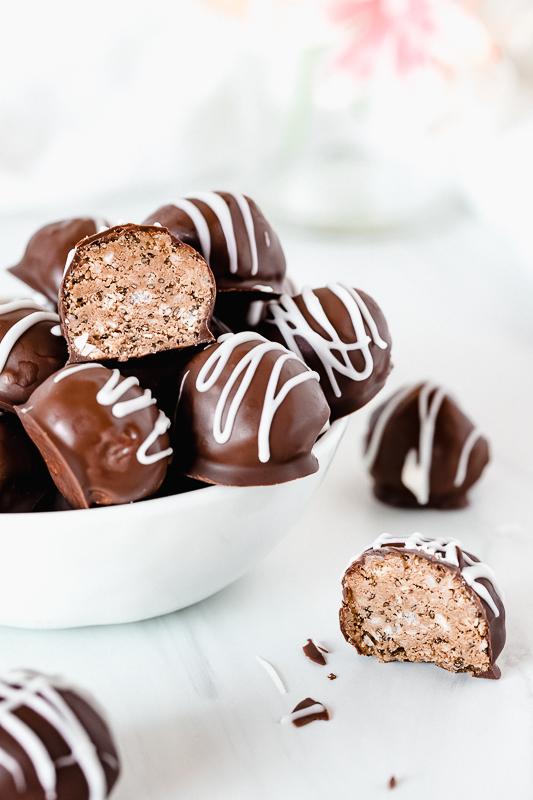 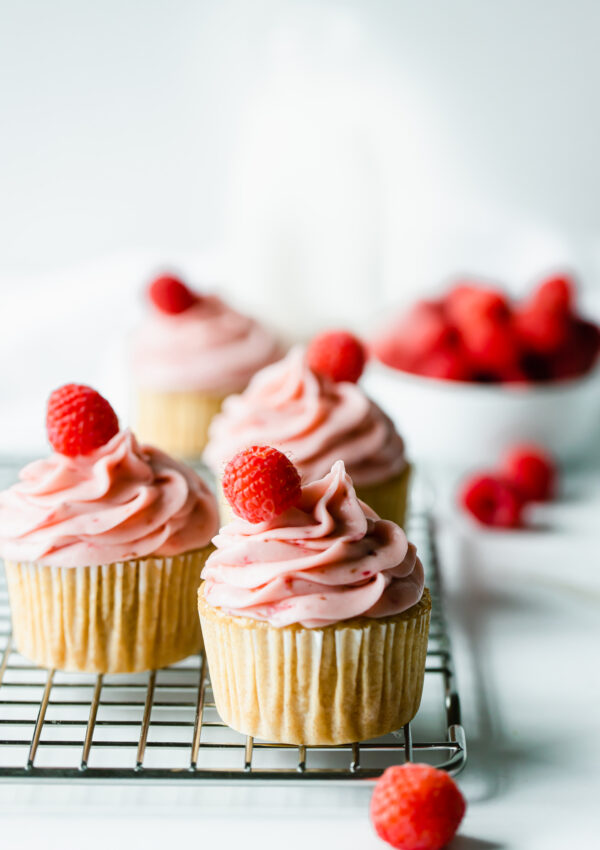 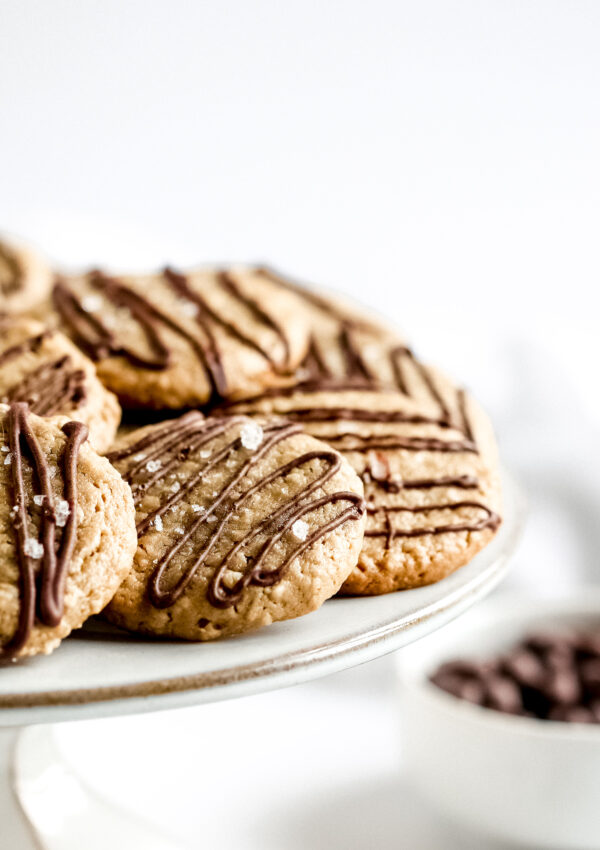 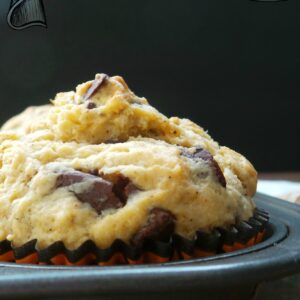